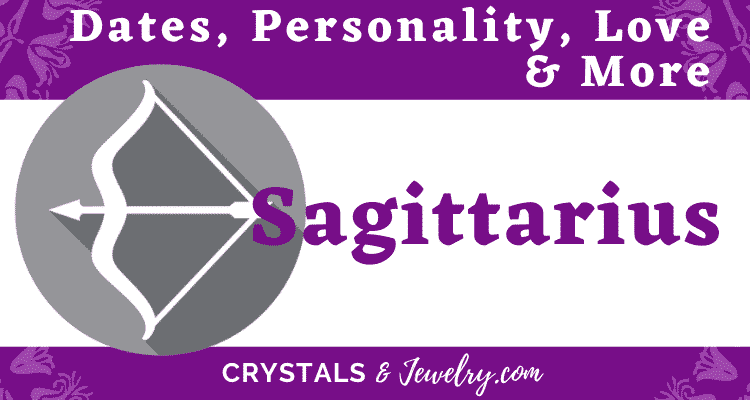 Sagittarius is one of the spiciest and most passionate signs in the zodiac, second to Aries.

In this article, we will teach you everything you need to know about the Sagittarius dates, their personality, their ruling planets, and more.

Sagittarians are highly hilarious and are uplifting to people. They live in their little world. Sagittarius is very lucky due to Jupiter being the planet of luck and expansion.

They’re a masculine sign, so they have the energy that makes things happen.

Those in the archer sign can toss away other people’s ideas quickly. Just like the archer, they know the target, and they get it. Once they hit the mark, they move on to the next one.

They don’t have time to please people and don’t spend time or energy on those who don’t matter. They can move on quickly.

Sagittarius needs to be expanding, or they won’t be happy. They like new people and new items. And they also feel their ideas need to expand the world, and they must be heard. This is why they can be loud. They believe everyone needs to listen to them because they know more than others.

The fire in this sign causes them to be pretty competitive. Unlike Aries, they don’t rush in without thinking. They are pretty focused on themselves, however, so they want to improve themselves constantly. It’s a competition between them.

As a fire sign, they want to lead. They need to know everything. They like to outsmart themselves. Intelligence is their way of taking charge. This is how they express their need to overachieve.

Sagittarius may have elongated faces that are especially emphasized on the mouth. They may look like horses because they’re connected to nature as the archer.

Have you ever met someone who has never taken a loss? Believe that’s a Sagittarius. They are highly confident and courageous.

As a kid, most Sagittarians were aware of what was going on around them. In their childhood, they may have a stronger memory than other kids. They are seekers of the truth.

As a kid, they may have had to put in a lot of hard work earlier in life. They may have grown up quicker than their peers. This sign feels like they’ve been shown the harsh reality of this world. Yet, no matter what they go through, they always rise to the top.

This sign is a big thinker and they think about future things and bigger things and their insecurities. They don’t think about random stuff like Geminis. They may be mini-librarians. Information may just fall in their lap.

They don’t have to worry too much about things as they know things will work out the way it’s meant to. They have faith that their outward circumstances will be okay.

Many are high-achieving in school, and if not, they are quite the opposite. This can be represented through good grades or being challenging to their teachers. They are very knowledgeable and head other kids.

They are curious and have many questions and a need to understand the workings of everything first.

Sagittarians are born in the world with a purpose – they want to be something and know they have this capability. They are usually always successful, especially later in life as they are so ambitious and driven that they need to achieve. They will kick ass if need be.

All Sagittarians are either spiritually inclined or curious about it. This may mean they dabble in crystals and tarot cards, or it may mean looking at different religious practices.

This comes from their thirst for knowledge. They like to understand how the world works around them and possible ways they could have come to be. When told about religion, they are not likely to believe it until they do the work themselves.

They are open-minded and want to explore exciting avenues of their mind. A Sagittarius will happily take a philosophical approach to life.

Sagittarians are not usually confrontational, but they can be harshly blunt. They’re not gushy about life. They can be unemotional. They may say things that people don’t like. On the other hand, they are fully authentic in their lives, which may get them in trouble.

Sagittarians live their truth and believe they have the right to. They don’t appreciate those who change their personalities often to fit another’s ideal.

Like the archer, they feel connected to the world. This sign always likes animals. They may likely be cat-owners, an animal that is very intellectual and hesitant to believe anything.

Sagittarius has hyperactive and positive energy. They don’t want to take life seriously, so they avoid being around negative people. They just want to have fun. Their jokes won’t always be received well, even though they think they’re the most hilarious. Their risks and lack of a filter might lead them to trouble.

It may be annoying to hear a Sagittarian hype themselves a lot. They know they have talent and greatness within them.

It can seem cocky and like they’re better than others. Other people won’t always be able to see this within them and get annoyed.

Sagittarians can be too honest, almost to a critical amount. This can be hurtful. This can also cause mix-ups with others. Sagittarius may talk about things that they don’t have any jurisdiction on. They speak as if they know everything because they want to be bold in their ideas.

A lot of them enjoy talking down on people they don’t like. Nothing is off-limits to people, like intelligence or physical appearances. If it’s a friend, though, they’ll stick by them completely.

Sagittarius doesn’t hold back. They always express how they feel and don’t care how others may receive it. They don’t like BS and always think they deserve the best as they put quality into everything they do and want the most from others.

Because they demand respect from others and receive it from people because they do. They don’t want to be shortened or devalued, which allows them to excel.

Sagittarius has a competitive side from their fire sign. They want to be better than others, sometimes even more than their friends. They can be jealous of people close to them. This sign needs to feel like they’re progressing, or they won’t feel good. If things aren’t moving as quickly as they could, it can make them feel bogged down.

The centaur sign may want to dish it but can’t always take it. They can become consumed with their problems. If they don’t find a solution, this frustrates them, and they’ll be very hard on themselves. They may put too much energy into trying to know what to do.

Sagittarians are very clever at hiding who they are. This sign can be the hardest to guess because of this. They put up a mask on the world.

They can be pretty temperamental. If you catch them on a good day, they’ll bounce everywhere in happiness. If they are angry or upset, you will know because of their terrible tempers. They’ll suck the life out of the room. They don’t always get physical, but they will put you to shame with their intellect, wisdom, and knowledge.

They have intelligence and athletic ability. What can’t they do, you might ask?

Well, the list never stops. Sagittarians have an adaptable sense of humor. They’re great at making people laugh. They don’t have time to gossip or moan about life. They’re big thinkers and don’t care about others’ mundane issues. They’re very tactical and can give good advice that can point you in the right direction.

If they’re driven, they have luck on their side. They should run in the direction of their dreams because they will prosper. When they want something, best believe they will get it!

Sagittarians know what they want. They have minor issues making a decision. But, whatever the outcome is, they can deal with it. They understand this, too, and believe themselves to be incredibly capable.

This zodiac loves to travel. They learn through experience, and thriving in different cultures can help them. They admire adventure greatly and can take a risk at the last minute. Traveling wins over their heart.

Sometimes, they lack of commitment. They want to go with what’s fun to them at any moment. But, they’re free birds in life. They know how to live in their world.

Sagittarius is quick to learn. They bounce back and know how to move forwards. After a loss the next day, they’ll wake up and start over on a new day. When they see what doesn’t go right, they switch it up and change their following approach. They can be dubbed as a fire sign of the mind in this way.

Love And Romance For Sagittarius

Sagittarians are very outgoing, but commitment can be challenging for them. They enjoy casual dating. They can be very picky with who they date and judgmental.

Sagittarians don’t like many people, so they find it hard to trust. They hate people who are self-obsessed or shallow. They’re content to be alone exploring new things or be with animals rather than someone they don’t bond with. They think people don’t always see life the way they do.

When you’re a friend, you’re in for good. They don’t want you to be sneaky about things you want from them. They’d rather you be honest. They can be perceptive of what your true motives are.

Sagittarians can be confident enough to put people in check. They are optimists and like to excite the people around them. They are likely to give out something without expecting anything in return.

Career And Money For Sagittarius

A lot of Sagittarians become celebrities. This is because of their Jupiter luck and expansion. They have the drive and willpower to succeed at anything they put their minds to.

Sagittarians make great motivational speakers. They would be great philosophers, higher-level teachers, journalism, and publishers. They should aim to write a book in this life. Working internationally in business can be an asset to them, which taps into the planet of expansion.

They have excellent critical thinking skills. They work well in many jobs because they work their way to the top and work themselves up to the top.

Sagittarians can be a bit materialistic. They care about their physical appearance and their body. Many of them love fashion. They have a great sense of presentation. They may overspend and act recklessly with their money as they feel pretty young and may not want to save up. It’s guaranteed, though, that money will flow into their life, as will other forms of expansion and abundance.

How To Attract A Sagittarius

They want to be with someone who can keep them engaged. They hate to be bored, so their partner needs to be laidback, go with the flow, and create energy. Sagittarians need their freedom, so they can’t date anyone too controlling.

Crystal expert and author of 'A Beginner's Guide to Healing Crystals: Getting Started With Crystal Healing – A Complete Guide' 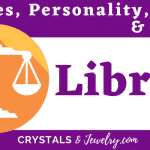 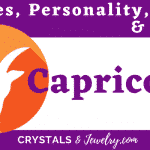 CrystalsAndJewelry.com has been designed to be the definitive resource for all things related to crystals.

Since 2012 CrystalsAndJewelry.com has been the fastest growing collection expert articles, media and information on the powers of crystals and their meanings.

Please remember, although the powers of crystals and stones are well documented and have been proven to help bring positivity into people’s lives they are never a substitute for medical advice.

If you have concerns about your physical or mental health then you should immediately contact a qualified medical professional.

© 2022 crystalsandjewelry.com | We are a participant in the Amazon Services LLC Associates Program, an affiliate advertising program designed to provide a means for us to earn fees by linking to Amazon.com and affiliated sites.

Back to Top
Close